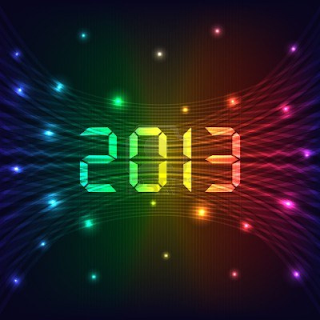 I hate to see 2013 leave, so I stretched my annual year-end review into two parts. Yesterday, I discussed the first half of my top 10 developments in non-compete and trade secret law. And today, I conclude the year with numbers one through five.

5. Aleynikov's Advancement Victory Highlights Oft-Overlooked Issue in Competition Suits. Former Goldman Sachs code developer has the distinction of making the Top 10 list in back-to-back years. (He is, in essence, the Arcade Fire of trade secrets litigants.) In last year's post, I summarized his legal high-wire act and predicted that he just might win his indemnification and advancement suit against Goldman Sachs. Well, he prevailed at least in part, with a federal district court finding that Aleynikov is entitled to have Goldman advance his legal expenses to fight the ongoing state criminal case in Manhattan. This development is significant because advancement and indemnification rights are the soft underbelly of many competition cases and often can throw a wrench into a company's plans to fight unfair competition. States recognize the broad policy goals of advancement and indemnity and will apply these statutes liberally to further those goals. Aleynikov's case, and others like it, should teach plaintiff's counsel to carefully consider how to plead and pursue competition claims. For a recap of Aleynikov's win in New Jersey, read my post from last month.

4. Federal Court Convicts David Nosal of Computer Fraud. The Computer Fraud and Abuse Act continued to wreak havoc on logic and reason (and more than a few lives) in 2013, and the case of David Nosal is one such example. The former Korn/Ferry search executive was convicted for violating the CFAA and the general federal conspiracy laws in California federal court. Nosal's plight (he will again appeal) indicates that conduct often giving rise to civil claims for unfair competition can actually result in criminal charges. Nosal's conviction generated a fair amount of controversy and demonstrates the broad applicability of the CFAA. For a discussion of the Nosal conviction, listen to the Fairly Competing podcast that John Marsh, Russell Beck, and I produced and posted back on May 28.

3. Illinois Appellate Court Issues Controversial Fifield Decision. No single non-compete has generated more buzz than the Appellate Court of Illinois' opinion in Fifield v. Premier Dealer Services. The case holds that a non-compete given in exchange for employment is not sufficient consideration unless the employment continues for at least two years. (To those unfamiliar: this is a case not legislation. I know it's confusing.) The rule broadly impacts at-will employees and has caused business counsel to lose sleep and wring their hands over just how to draft employment contracts. The Supreme Court of Illinois tacitly approved of the holding, declining to take the petition for leave to appeal. They were not persuaded, apparently, by my "dissenting opinion" in Fifield as the phantom Fourth Justice. (For those of you interested in assessing blogging metrics, this post - by a factor I can't even count - generated the most hits, the most e-mails, two news magazine interviews, and three citations in opposing counsel's legal briefs.) For my follow-up take, you can read more on Fifield here. (And if you want even more, just Google "Fifield." You'll find plenty.)

1. Federal Legislation to Protect Trade Secrets on the Horizon? Number one is a runaway. Not even close. It is difficult to overstate the importance of many proposed bills that are currently working their way through committee or that could be reintroduced in some form or fashion. Of particular note in 2013 was "Aaron's Law", which Zoe Lofgren introduced to cut back on the perceived unfairness and breadth of the CFAA. John, Russell, and I discussed the CFAA prosecution of activist Aaron Swartz on our Fairly Competing podcast early this year. Rep. Lofgren also introduced the Private Right of Action Against Theft of Trade Secrets Act, which would create a private civil cause of action at the federal level. Other legislative activity at the federal level included introduction of the Deter Cyber Theft Act, which would establish a "watch list" of countries that engage in cyber theft and require border patrol to bar imports from those countries. My June 4 discussion of the Act can be found here. Finally, and most recently, Senator Flake introduced the Future of American Innovation and Research Act. This legislation would provide a federal trade secrets remedy against those acting outside the U.S. or for the benefit of a foreign actor. It also provides for an ex parte seizure order, subject to some limitations. And finally, if you're interested in listening to further discussion about the federalization of trade secrets law, listen to the podcast John, Russell, and I produced on May 17.

That's a wrap on 2013. Again, many thanks to my readers and those who are kind and thoughtful enough to e-mail me. You have made this a truly enjoyable experience once again. A less warm farewell for the year to those spammers who have ruined the commenting portion of this blog permanently. Such is life on the internet.

I am looking forward to starting Year 6 and reaching that milestone of post number 500. See you in 2014!
Posted by Kenneth J. Vanko at 1:00 PM