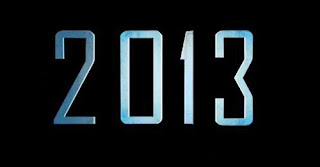 And so ends Year 5, my fifth full year writing this blog. Sometime during the first quarter of next year, I will be penning my 500th post. I guess that qualifies as a milestone, but I'm not exactly sure how to celebrate. Perhaps a guest column? We'll cross that bridge later.

For now, we'll have to make do with what has become an annual tradition - a countdown to the Top 10 most significant developments for the past year. Some on this list will be familiar, some perhaps not. And as usual, I have my own reasons (which I'll try to explain) for why I think a development is signficant.

This year, I am breaking the post into two parts. Not so much to speed-up the countdown to Post No. 500, but to continue on with the suspense-building tradition of bifurcating Top 10 lists (see Pitchfork's Top Albums list, for instance).

So here goes Part I, in which I'll summarize 10 through 6. Tomorrow, we'll conclude the year with Part II, in which I outline the five most important developments of 2013.

10. State Legislatures Continue Examining Non-Compete Agreements. Every January we see legislatures consider a host of new bills - many of which are unpassable sops to constituents. It has become commonplace to see the introduction of bills regulating non-compete agreements. This year was no different, as legislatures in Minnesota, Illinois, New Jersey, Connecticut, and Oklahoma all considered regulating various aspects of non-compete law. For a take on the Oklahoma bill, read my post from June 10.

9. First Circuit Addresses Scope of "Solicitation." One of the year's more interesting circuit opinions comes from Massachusetts and the always-reliable Judge Selya. The case of Corporate Techs. v. Hartnett addressed a frequent problem posed by non-solicitation covenants: just what is a "solicitation" anyway? The case pragmatically concludes that there is no real viability to a "first contact" rule, and that business realities must play some role in assessing whether an employee has impermissibly solicited a client in violation of a contractual restriction. For a summary of Hartnett, read my October 17 post.

8. Fracking Bills Intersect Public Policy with Trade Secret Rights. For those of you interested in our country's continuing debate over energy independence, the very word "fracking" can invoke a visceral reaction. It is beyond dispute, however, that the renewed interest in fracking as a means of energy production has led to job creation, particularly in areas hard-hit by the recession (including my state of Illinois). As a result, state legislatures are considering or enacting bills to allow (and heavily regulate) this method of energy production. But in doing so, states are having to consider how to protect the trade secret rights of oil and gas producers. Understandably, many environmental groups want to know what kinds of chemicals the producers are using in their fluid compositions (which is critical to the fracking method). And this leads to an explosive intersection of public policy and private ordering of trade secret rights. For my take on the issues likely to come up time and again in fracking cases, read my May 2 post.

7. Supreme Court Validates Use of Forum Selection Clauses. It is near-sacrilege on this blog to discuss matters related to venue and jurisdiction, if only to prevent internet-induced boredom. But there is no doubt for practitioners that these issues are important to understand. For the second straight year, the Supreme Court has issued an opinion that will be critical for those attorneys who deal with the enforceability of non-compete agreements. While last year's decision dealt with arbitrability, this year, the Court reaffirmed the notion that forum selection clauses are presumptively enforceable. As it stands right now, the only real method of shifting venue when the underlying contract contains a forum selection clause is to argue third-party inconvenience. For my summary of the Atlantic Marine case, read my post from last week.

6. Courts of Appeal Affirm EEA Convictions. The Economic Espionage Act continues to generate much discussion among commentators, particular given the importance of trade secrets in our economy. This year, we saw two courts of appeal affirm EEA convictions arising out of theft of trade secrets. In one case, the Seventh Circuit affirmed Hanjuan Jin's conviction arising from her misappropriation of technology from Motorola (though the technology is now somewhat dated). In the more interesting case, the Sixth Circuit affirmed the convictions of Clark Roberts and Sean Howley for misappropriating Goodyear's tire-assembly machine technology. But it reversed the sentences the district court imposed, particularly given Goodyear's inability to describe adequately the economic loss it incurred from the theft. For my discussion of the Goodyear case, read my February 6 discussion in USA v. Roberts.