This is a case I know a little something about. 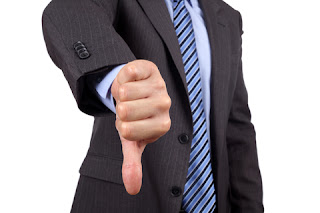 When Tradesmen International sued my clients in May of 2010 , the outcome was already clear. The claims were garden-variety; the facts weren't. The individual defendants moved out of state to avoid the territorial restriction of their non-compete contracts to form a new business that supplied labor to the construction industry.

Tradesmen elected to take the dreaded shotgun approach to litigation. Instead of honing in on the contract-based claims (which it was destined to lose), it made a broad allegation of trade secrets theft. In particular, it claimed that Dun and Bradstreet reports - purchased through a commercial service for a fee and which some of the defendants had access to - were "trade secrets" that independently barred my clients from competing.

There were a couple of, to put it mildly, problems with this theory:

1. Anyone can buy Dun and Bradstreet reports, which my clients did after they left Tradesmen.

2. Tradesmen took virtually no steps (I say, none) to preserve the "secrecy" over these reports (for good reason; such security measures would yield no marginal benefit given their availability).

3. Tradesmen admitted my clients never used the reports they had at Tradesmen to build their business.

(Actually, there were tons of other problems, but I'll have to simply ask you to check out the briefs I filed. I can't do justice in a blog post to this train-wreck of a case.)

So when the defendants successfully obtained summary judgment, I moved for my legal fees under the Illinois Trade Secrets Act. Like many versions of the Uniform Trade Secrets Act, the Illinois version allows for fee-shifting if a plaintiff makes a claim of misappropriation in "bad faith." To me, there was virtually no doubt Tradesmen pursued its claim in bad faith, but Illinois courts never addressed how this provision should be interpreted. And the district court judge had no guidance.

Ultimately, Magistrate Judge Bernthal addressed a novel issue of Illinois law and ruled the trade secrets claim had to have been "filed" in bad faith rather than "maintained" in bad faith. That later was the essence of my argument. In short, I argued a more flexible standard was appropriate since trade secrets claims have the capacity to serve anti-competitive goals, as exemplified I felt by Tradesmen's litigation conduct.

The Seventh Circuit agreed and reversed the district court order. A copy of the Opinion is embedded below. The court held that a defendant is liable for fees if it filed or maintained a trade secrets claim in bad faith. More particularly, the court stated "common sense" supports such an interpretation because "a plaintiff makes a claim in bad faith if she continues to pursue a lawsuit - even after it becomes clear that she has no chance to win the lawsuit - in order to cause harm to the defendant." Because the district court had used a narrow, "point-of-filing" inquiry, it didn't consider the proper range of factors bearing upon bad faith. And it didn't examine the "no chance to win" scenario that I felt should have been the focus of the bad faith motion.

For my clients, the issue is of obviously of great significance. But for the law, what's the impact? In my mind, a couple of considerations come to mind:

First, trade secrets plaintiffs have a greater incentive to investigate and develop their claims. They cannot, in other words, hide behind what they believed to be true at the time of filing the lawsuit and then sit back and tax the defendants in the form of lawyer's fees to achieve a win. This should encourage greater scrutiny over claims that pose a great risk of serving an anti-competitive purpose and will require a continuing reassessment of a case during litigation. In my appellate brief, I discussed this at length and argued for a flexible inquiry that takes into account the unique dynamics of trade secrets suits.

Second, fee hearings at the conclusion of a lawsuit will require a district court to be flexible in what factors it considers. Courts normally consider both objective and subjective factors to determine bad faith. In other words, what did the plaintiff do and what did it say? The inquiries overlap to a great extent, because often times the best evidence of intent is the lack of merit. With a broader standard to consider, courts will have to examine the record, the development of the claims, discovery answers, litigation conduct, and a failure of proof on key elements to establish the cause of action.

Third, if a defendant claims a suit has been "maintained" in bad faith, it must be prepared to make an articulable, intelligent analysis of when the bad faith began. Put another way, it will need to look at key moments of the lawsuit and identify that point when a continuum of "bad faith factors" coalesces into actual bad faith. This likely means a fee hearing will be a combination of evidence presentation (a mini-trial of the plaintiff's low moments, in other words) and legal argument.

In my next post, I'll discuss the Seventh Circuit's analysis of Tradesmen's overbroad non-compete agreement and how some of the key facts in my case played into the court's extended discussion as to contract enforceability.