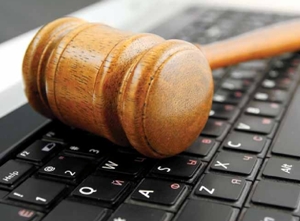 Last month, a group of bipartisan senators introduced the Deter Cyber Theft Act (S. 884, a copy of which is embedded below).

This legislation follows a long series of recent developments that makes clear one thing: our Congress can actually find common ground on a public policy issue.

Federal policy is shifting towards greater recognition of trade secret rights and their collective value to American enterprise. Last year, Congress enacted the Theft of Trade Secrets Clarification Act in almost unprecedented fashion to close a loophole created by the oft-discussed (here and elsewhere) Aleynikov case.

The Obama Administration has been more active than any administration in memory at preventing industrial espionage from foreign governments and actors. It has published a comprehensive strategy to mitigate the theft of trade secrets from U.S. companies. The Administration also invited public comment on its trade secrets legislative strategy. And in 2012, Senator Chris Coons introduced the Protecting American Trade Secrets and Innovation Act. That law would have, in effect, created a federal civil cause of action for trade secrets theft.

The latest building block in this comprehensive effort at the federal level is the Deter Cyber Theft Act, which would (if enacted) require the Director of National Intelligence to create a foreign watch list, identifying countries that engage in industrial or economic espionage.

The proposed law would require the DNI to:

There are other interesting elements here. A rogue state would include not only those that target U.S. industry through government action, but also those that "fail to prosecute" or otherwise permit industrial espionage through priveate enterprise.

The centerpiece of the law is the import ban. The Act would require the President to direct U.S. Customs to exclude from entry into the United States any article that incorporates misappropriated technology or "to protect the Department of Defense supply chain." Finally, the law is broad enough to extend beyond trade secrets, and expressly includes "proprietary information." Section 2(7) of the proposed legislation gives non-exhaustive examples of proprietary information that would be protected under the Act, and it's broad enough ("commercially valuable information") to encompass just about anything U.S. business or government maintains that's not generally available in the public domain - regardless of whether it meets the statutory definition of a "trade secret."

This latest legislative effort is largely in response to a series of high-profile incidents involving China. Just about every week or so, we hear a new story about a hacking incident, whether at the New York Times to track dissidents or to infiltrate the Pentagon or American businesses to appropriate industrial and defense secrets.

Senator Carl Levin, a sponsor of the bill, targeted China in his comments following introduction of the Act. And given the momentum created last year with an otherwise divided Congress, it's hard to envision much dissent over this legislation.