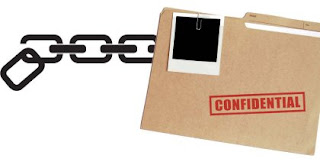 One of the more difficult aspects of trade secrets law is determining how long to enjoin competitive conduct that infringes trade secret rights of the owner.

Consider one of the landmark trade secrets cases of the last 20 years, PepsiCo v. Redmond. In that case, PepsiCo was able to enjoin the work of a high-level executive who had no non-compete agreement, but whose subsequent employment with a competitor threatened to result in the disclosure of a wide range of strategic business information. Despite the broad protection afforded PepsiCo in the case, the injunction was limited in duration; it lasted a mere 5 1/2 months. That is the most overlooked part of the PepsiCo decision.

This arguably illustrates the importance non-compete agreements play as a procedural device to pre-determine the length that trade secrets will be protected from disclosure. Some rightly note that this could result in the overprotection of trade secrets, but the common law rule of reasonableness serves as a deterrent to non-competes of excessive duration. And when companies overprotect, they often lose enforcement actions.

A district court order from Nebraska, well-reasoned and thorough, is another good example of a PepsiCo-like injunction issued in the absence of a non-compete. The case follows a familiar factual matrix, as a number of employees of a freight brokerage organization called West Plains, LLC left to form a competing organization. The departure effectively gutted West Plains and left it with little manpower to service clients. The aggravating circumstance for West Plains was pretty clear from the order. The competitor was formed by the owner of a freight brokerage West Plains had bought just months earlier. The employees left to join him and took with them a wide range of customer-oriented documents, such as contact information and a spreadsheet of freight hauling rates. The evidence of improper pre-termination conduct was compelling.

Having concluded the information likely constituted trade secrets of West Plains (it could be redeveloped, but only through significant, time-intensive efforts), the court struggled with the length of injunctive relief. It ultimately concluded that a preliminary injunction of two months was sufficient to enable West Plains to hire a replacement staff and "meet its customers' needs on an even playing field." It also felt this two-month standstill period was appropriate to enable the defendants to develop information necessary to service customers from public sources.

The order was designed to protect trade secrets, and so it went beyond a garden-variety "use" prohibition and some obligation to return company data. It barred the defendants from contacting West Plains' customers with whom they dealt as West Plains employees. The trade secrets that were misappropriated were intimately tied to those customers. So any order, to be effective, had to limit customer contact and solicitation in some meaningful way.

The injunction order is included below.