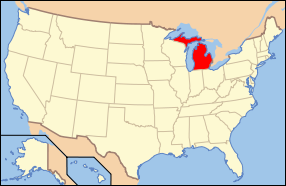 What do Michigan and New Hampshire have in common, besides being two more states Mitt Romney couldn't carry?

They have proposed or enacted legislation that restricts the use of so-called "afterthought" non-competes. This is a subject of frequent litigation and relative disagreement among the states that have considered the question of whether a non-compete that is based on no more consideration than an employee's "continued employment" is enforceable. The debate and scholarship on the issue goes back a long way.

Michigan's proposed statute, Senate Bill 786, is embedded below. But in essence, it's fairly simple. A court can't enforce a non-compete if the employer did not inform the employee of the restriction before the initial offer of employment.

This is similar to the New Hampshire legislation that passed in early 2012, which required a notice period to make the non-compete effective. A couple of remarks.

First, is the bill good for employees? Clearly, no, in two respects:

(1) It encourages employers to draft overbroad covenants in initial employment agreements before an employee may have robust customer contact or access to truly secret information. These employees may not otherwise face having to sign a contract with non-compete restrictions. Employees who advance within an organization often times receive new agreements as they advance. But in light of this law, employers likely are going to be overinclusive in the scope of restraints contained in an initial agreement. Because the mere presence of such covenants deters employee mobility, lower-level employees likely will be most impacted by the enactment of a law like this.

(2) It discourages promotions. If an employer elects not to include a non-compete in an employment contract, then the text of the legislation suggests that an employee may not be able to sign a covenant in connection with receiving a promotion. Count me in as one who is skeptical a court may give this statute such an interpretation, but others clearly believe that to be the case. If the stricter interpretation is correct, then companies will have to look elsewhere to find talent and will be hesitant to promote from within the ranks. Because external hires result in more transaction costs (that is, headhunter fees, higher salary and sign-on perks, opportunity cost associated with training), companies are likely to reduce pay or other incentives to existing employees.

Second, what steps could employers take to circumvent the statute? From my perspective, and beyond voting out any legislator who supports this tripe, the simple cure is to provide by contract when the non-compete takes effect. For instance, the non-compete may be conditional and not effective until an employee achieves a certain status within the company (which could be an identification by rank, pay, gross sales, or some other objective metric). I also believe it may be okay if an initial contract that does not contain a non-compete simply states that any promotion will require execution of a new contract with a non-compete. That would seem to satisfy the condition under the statute that the employee have prior notice that such a covenant will be required. These are the gray areas lawyers would love to litigate, but that no legislator would even think of considering.

Employees are better served by arguing lack of consideration as part of the overall non-compete "reasonableness" analysis. Per se rules and arbitrary legislative fixes like this often do more harm than good because they tend only to address cases at the extremes, and most cases are somewhere in the middle. That's the case here.