Minnesota Legislation Would Ban Most Non-Competes 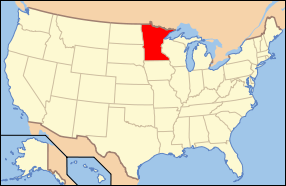 About a month ago, a proposed bill was introduced in the Minnesota House of Representatives that would dramatically impact non-compete law in that state.

H.F. No. 506 would take effect immediately and ban a contract that prohibits a party "from exercising a lawful, profession, trade, or business" except in three circumstances:

(1) A seller of goodwill could agree to refrain from competing with the buyer in a specified territory as long as the buyer carries on a like business in the same area;

(2) Partners "dissolving a partnership" can agree not to compete in areas where the partnership conducted business; and

(3) Members of a limited liability company can agree not to compete following dissolution or termination of their membership interest.

The bill is very similar to legislation that already exists in Montana and California. In both of those states, true non-compete agreements are invalid. The difference in those states, however, concerns non-solicitation covenants, which limit, but do not bar, competition.

A narrowly constructed non-solicitation covenant will be upheld in Montana, but not California. Should this bill pass, Minnesota courts would have to choose which path to take. A true textual interpretation of a bill like this would allow for limited, activity restraints that prohibit solicitation of certain customers or employees, because those covenants do not prevent anyone from exercising a trade. California courts have gone a step further, as readers of this blog well know, and interpreted a statute worded very similar to this to ban any type of non-solicitation covenant.

I have doubts this bill will go anywhere. Minnesota has a number of companies in the medical device and imaging fields that likely would lobby hard against this bill. Those companies have enforced non-compete agreements successfully in the past, and there's a fairly robust body of cases that serve as powerful precedent in those industries. Depending on what other forces push a bill like this, that's going to be a pretty tough lobby to shake.