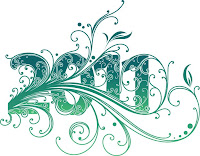 I put a fair amount of effort into this blog, but I try to go the extra mile in my year-end review. I went back and read my material from prior years, and I am proud of the content I have provided my readers as we have turned the page on another year.
So this year, I am going a step further and dividing my column in two parts. This installment features some notable developments in competition law and some links to suggested reading. The second installment will be a lot different, and I hope you find it valuable too.
As I look back on 2011, there were five significant developments (four of which I wrote about) in non-compete and trade secret law.
1. Supreme Court of Illinois "Reaffirms" Reasonableness Test. Courts in Illinois have struggled for 3 or 4 years to determine what test to apply to non-compete agreements. Due to a district split, the Supreme Court had little choice but to take Reliable Fire Equipment v. Arredondo to clarify the law applicable to covenants. As it turns out, the opinion in Reliable Fire was not all that illuminating, but it reaffirmed the tripartite reasonableness test that is common to many states and further held that an employer must demonstrate a protectable interest. The biggest change is that the protectable interest is to be assessed under a "totality of the circumstances" approach - a notable departure from a rigid test that lawyers and courts frequently struggled with. I wrote about this decision earlier this month. The defendants in that case have petitioned the Court for a finding that the ruling applies prospectively only. I will update the blog when the Court rules on (denies) that motion.
2. Texas Supreme Court Expands Permissible Scope of Non-Competes. In July, I wrote about Marsh USA v. Cook, an important Texas Supreme Court case which completed a long revamp of Texas law. Essentially, Texas has now migrated away from an analysis based on whether a covenant was "ancillary" to an employment contract and focused more on whether it is reasonable to protect a legitimate business interest. In Marsh USA, the Court determined that the provision of stock options (as opposed to confidential information) was the type of consideration that could support a non-compete. The best part of the case, though, is Justice Willett's scholarly and beautifully written concurring opinion. It should be required reading for any judge before he or she examines a non-compete case.
3. Georgia's New State Law Takes Effect. After some fits and starts, Georgia's new non-compete statute took effect earlier this year. Though the law only applies to contracts entered into after a certain date, Georgia now goes from being a notoriously employee-friendly state to one more neutral in how it assesses non-competes.
4. Colorado Allows for Continued Employment to Serve as Valid Consideration. The issue of whether continued employment can serve as sufficient consideration for a non-compete is one of my top wedge issues - those that clients often don't grasp and which are the subject of disagreement among states. Earlier this year, Colorado joined a majority of states in concluding that continued employment can constitute sufficient consideration.
5. Massachusetts Courts Expand Trade Secret Proteciton. This is not an issue I wrote about, but it is worth reading Russell Beck's discussion on the Fair Competition Law blog of Specialized Technology Resources v. JPS Elastomerics. Massachusetts has not enacted the Uniform Trade Secrets Act, and Section 93A is its general unfair competition statute. This case appears to give employers some more ammunition for obtaining damages and attorneys' fees against employees who misappropriate trade secret material and use the same after the employment relationship ends. Prior case law had been unclear as to how (or whether) employers could invoke this statute against departing employees.
So that's it for the traditional year-end wrap. Next up, a different and more personal take on 2011.
Posted by Kenneth J. Vanko at 1:27 PM