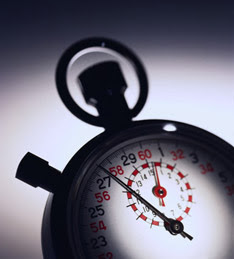 One of the most important procedural issues in non-compete disputes is the idea of equitable tolling. This doctrine essentially allows a court to toll, or stay, the time remaining on a non-compete agreement during the period in which the employee is in breach.
There is a problem, however, with this doctrine. It's not always available, and the remedy is highly dependent on what state's law governs the agreement.
Lawyers need to look at two primary issues. First, does the agreement expressly provide for equitable tolling? If so, then basic principles of contract law should allow a court the power to toll the time remaining on a non-compete if an employee is found in breach. Second, if the agreement is silent on this issue, does the state common law allow for tolling as a default rule?
Ohio, for instance, is a state which allows equitable tolling. In Illinois, it seems as if the courts will not approve of it absent a clear contract provision, but at least one older case suggests the remedy might be available in certain circumstances. Many states simply hold the doctrine is not available.
Missouri is one of the states falling into this last category. The Court of Appeals of Missouri recently reaffirmed this principle in Whelan Security Co. v. Kennebrew, and cited several prior cases as support for its holding. The case, incidentally, also involved the reversal of a summary judgment in favor of the employee on the grounds that the non-compete was facially overbroad. Since the court had to consider the merits of the case, including the protectable interest at stake and the reasonableness of the agreement, the issue of injunctive relief came up in the court's opinion.
The court found that the employer still had a claim for damages, but that injunctive relief was not available given the lapse of the non-compete period. The court noted the equities of its reasoning: "This would avoid the injustice of penalizing Kennebrew by effectively terminating the security guard business that he has established and built since 2009."
For employers, it is essential to seek injunctive relief, if at all, right away. Waiting until a defendant has established its business raises numerous equitable issues, not the least of which is the potential harm to third-parties and the specter of a double recovery.
--
Court: Court of Appeals of Missouri, Eastern District, Division One
Opinion Date: 11/29/11
Cite: Whelan Security Co. v. Kennebrew, 2011 Mo. App. LEXIS 1590 (Mo. Ct. App. Nov. 29, 2011)
Favors: Employee
Law: Missouri
Posted by Kenneth J. Vanko at 9:39 AM