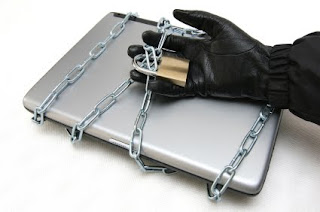 My employer clients often ask whether competitive activity can be stopped in the absence of a non-competition agreement. My answer is always the same: unless you can show some truly "unfair" competitive activity, your chances of obtaining an injunction are about zero.
What does "unfair" mean in my standard response? Two things: (1) true competitive activity (such as diverting business) during the term of employment; and (2) improper taking of truly sensitive business information. This "headstart" injunction is hard to achieve and is usually reserved for cases which are highly one-sided in terms of the facts.
Under the Uniform Trade Secrets Act, a court has the power to enjoin business activity for a reasonable period of time to eliminate the competitive advantage caused by the misappropriation. This time period necessarily will vary based on the facts of each case. A recent case from Michigan illustrates that this headstart period can be quite lengthy.
In Actuator Specialties, Inc. v. Chinavare, the Court of Appeals of Michigan affirmed a three-year injunction which prohibited the defendant from working for a competitor after the evidence showed he had accessed computer files of his ex-employer close to the time of his termination. After the lawsuit was filed, and a TRO was entered, it appeared the defendant continued to upload these files to his new employer's server and copied allegedly the content of sensitive documents to fulfill customer orders. The court also noted that one of the USB drives onto which the defendant copied information could not be located.
In light of these facts, the court affirmed what effectively amounted to a three-year industry non-compete. These types of rulings are somewhat unusual (though not unprecedented). In my opinion, a trial court which enjoins competitive activity to this extent has to make a finding that a defendant has been less than forthright or demonstrated a willingness to ignore or circumvent court orders.
Courts in equity will often look to which party is wearing the "white hat", and in cases involving the systematic taking or use of truly confidential information, it is hard for the defendant to achieve this "white hat" status. In cases where a defendant has improperly accessed or taken data, it is best that counsel for the defendant put the issues to rest right away. This would involve returning information, scouring potential sources where such information may have been copied, and ensuring that no such information has been used in the business. Otherwise, a defendant will be hard-pressed to convince a trial court that his or her former employer needs no ongoing protection.
--
Court: Court of Appeals of Michigan
Opinion Date: 12/1/11
Cite: Actuator Specialties, Inc. v. Chinavare, 2011 Mich. App. LEXIS 2133 (Mich. Ct. App. Dec. 1, 2011)
Favors: Employer
Law: Michigan
Posted by Kenneth J. Vanko at 10:18 AM