The "inevitable disclosure" doctrine is one of the most discussed, controversial topics in unfair competition law. The commentary among academics and bloggers reminds me of the ongoing debate over the proper scope of the Computer Fraud and Abuse Act. 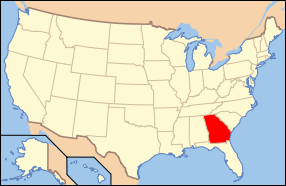 All but two states have adopted some version of the Uniform Trade Secrets Act, but there is little uniformity when it comes to applying the inevitable disclosure doctrine. Reduced to its essentials, the doctrine allows a plaintiff to substitute the concept of "inevitable disclosure" for actual or threatened misappropriation.

The Supreme Court of Georgia is the latest to weigh in on the application of the doctrine and held in Holton v. Physician Oncology Svcs, LP that a plaintiff cannot maintain an independent claim for misappropriation by relying solely on the idea of inevitable disclosure. The Court did not address whether:

Companies seeking to assert trade secrets claims should, for the most part, do all they can to avoid pleading inevitable disclosure. From my perspective, it's a theory of last resort in that actual or threatened misappropriation (even if the threat is indirect or implied) is a far easier concept to present, particularly when requesting a disfavored remedy like an immediate injunction. Eric Ostroff essentially notes the same in his blog post discussing Holton.

The reluctance to invoke inevitable disclosure is not as pronounced when a company is seeking to enforce a non-compete. The theory of inevitable disclosure is much more appealing when it's used demonstrate that an actual, protectable interest supports the contractual restraint. Non-compete law is more objective and forward-looking. Because parties have contracted in advance for a certain type of restriction, it makes little sense for a company to have to wait for actual misappropriation of company secrets to enforce the agreement in court.
Posted by Kenneth J. Vanko at 8:30 AM