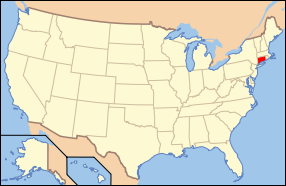 So far, 2013 has been active for proposed non-compete legislation.

At the beginning of any calendar year, it's not surprising to see a number of bills introduced in state assemblies or legislatures - many of which have no chance of becoming law. This year, bills impacting non-compete agreements have been proposed in Minnesota, Massachusetts, Maryland, and Illinois. We've also seen the momentum build in various states concerning restrictions on employer access to social media passwords. And very recently, Texas enacted what many believe to be a business-friendly version of the Uniform Trade Secrets Act.

Following this trend, the Connecticut House of Representatives Bill No. 693 - regulating non-compete agreements - reported favorably out of the Judiciary Committee. A copy of the bill file is embedded below, but I'll summarize it briefly.

There are two chief elements to the law:

My favorite aspect of the proposed bill is the proviso that states a person harmed by a violation of the law "may bring a civil action" to recover damages, costs, and fees. This is meaningless because anyone "may bring a civil action" for just about anything. They just might not be successful. The law, though, does not require an award of attorneys' fees for a successful enforcement of, or challenge to, the underlying covenant.

Finally, I am not sure why the Judiciary Committee felt it necessary to have the law apply to agreements "extended" on or after October 1, 2013. Arguably, any non-compete that is currently in effect is "extended" past the effective date of the statute. I would hope courts wouldn't construe this provision in an absurd way, as that could have the unintended consequence of invalidating agreements entered into previously in full compliance with common law.