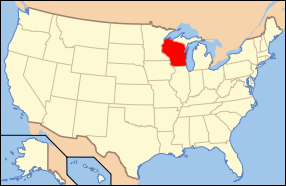 A former dental products sales representative of GAC International, who left to join American Orthodontics, has prevailed in a non-compete bench trial in the Eastern District of Wisconsin.
The case involving Tim Thiesing started out as a declaratory judgment action filed by him and his new employer, AO. GAC International countersued under a variety of theories. Eventually, the claims which proceeded to trial were based on Thiesing's 2-year non-compete agreement and a tortious interference claim against AO.
The non-compete was, in a word, strange.
For some reason, it did not simply bar Thiesing from selling orthodontics products in his former territory or to his former accounts. Rather, it inexplicably tied his sales activity to the incorporation of confidential information belonging to his former employer, GAC, into products sold by his new employer.
Effectively, this meant that the employer not only had to prove a non-compete case, but it also had to demonstrate a breach of confidentiality as well. This is exactly what an employer should not have to do. The non-compete can protect well-established business interests such as client goodwill and relationships.
But by flipping the case around and tying everything (including solicitation of customers) to confidential information, the employer basically lost the benefit of a more easily established business interest. Stated another way, the court inevitably had to focus on whether certain information Thiesing had access to or used in his employment with GAC was truly confidential, and if it was, whether it was incorporated into his AO sales functions.
It wasn't.
As with many sales-oriented cases, the employer had a hard time establishing how the information alleged to be confidential - prices, contact names, product designs - was actually kept confidential. None of the claimed categories of information appeared to be anything more than ordinary commercial information that a customer would expect to receive in a sales solicitation and, of course, free to use in bargaining with another potential supplier.
(As an illustration, my wife and I are putting in a fence. We had four companies come out and provide us quotes and plans. Those documents were left with us after the sales pitch. Were we able to use them to negotiate and get a better price? Of course. Are those confidential documents? Nope.)
The court appeared to have little trouble rendering a decision in favor of Thiesing and AO. Because the court did not find that Thiesing incorporated his old employer's confidential information into his new company's product offerings, there was no non-compete violation. In my mind, this is a classic case of an overlawyered contract. It makes no sense why an employer would complicate what should be a clear agreement with confusing definitions that make it harder to enforce its own document.
But that is why there are disputes, and ultimately trials. Incidentally, I followed this case and have to commend the work that the Godfrey & Kahn firm in Milwaukee did for both Thiesing and AO. The attorneys, William Duffin and Mark Schmidt, represented their clients very well, which is obvious from reading the filings. Their briefs and pre-trial submissions were first rate and go straight into my bank of sample documents.
I am not ashamed to admit that I will be block copying some of their analyses and arguments into my own cases.
--
Court: United States District Court for the Eastern District of Wisconsin
Opinion Date: 9/7/11
Cite: Thiesing v. Dentsply International, Inc., 2011 U.S. Dist. LEXIS 101437 (E.D. Wis. Sept. 7, 2011)
Favors: Employee
Law: Minnesota
Posted by Kenneth J. Vanko at 8:53 PM