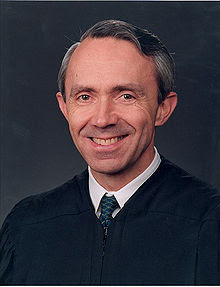 I have written frequently about the equitable tolling rule, which is one the more significant procedural issues in non-compete law. In a nutshell, the rule provides that a party who contracts for a non-compete clause should gain the full benefit of it, and the time period should be tolled during the period of breach. States have different views on it.
Readers here know my view on this by now: if employers want to use the equitable tolling rule, put it in the contract. It's not that difficult. About one sentence will suffice. I represent plenty of employers and I am no apologist for employees who willingly violate their non-compete contracts. But on the other side, I have little sympathy for employers (particularly sophisticated ones) who draft lousy contracts.
Massachusetts is one of those states where courts have indicated that, to use the equitable tolling doctrine, the contract must be clear. Last December, EMC Corporation was not able to deploy the doctrine when it sought to enforce a non-compete after the contracted-for covenant expired. I wrote about the district court opinion here. On appeal to the First Circuit, retired Associate Justice David H. Souter authored an opinion that spoke to why EMC was out of luck on its effort to impose injunctive relief:
"Like any contracting party, EMC makes its agreements subject to the rules of equity governing specific enforcement; rules, moreover, that were clearly in place in the governing federal and state cases well before the company required [the employee] to sign. Being forewarned, EMC could have contracted, as the district judge noted, for tolling the term of the restriction during litigation, or for a period of restriction to commence upon preliminary finding of breach. But it did not."
When there is contractual uncertainty in non-compete cases, the employer bears responsibility. Because an equitable tolling clause is easy to draft and a common remedy, it is not too much to ask of an employer to include it specifically so that the parties are fully aware of what rights and remedies are on the table at the start of a dispute. This is particularly so because equitable tolling can have the effect of allowing an employer a double recovery for damages (during the period of breach) and injunctive relief (extending the non-compete for more time).
--
Court: United States Court of Appeals for the First Circuit
Opinion Date: 8/26/11
Cite: EMC Corp. v. Arturi, 655 F.3d 75 (1st Cir. 2011)
Favors: Employee
Law: Massachusetts
Posted by Kenneth J. Vanko at 7:45 AM