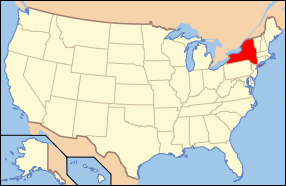 Last year, a client called me and described a familiar problem. He had purchased an insurance business from another agent in town, who had worked for a while during the transition but quickly became dissatisfied. When the relationship finally soured, the agent left and started a competing agency, soliciting away his former clients.
The buyer clearly purchased the agency's goodwill and client list, but the covenants in the closing documents were a mess. Still, the buyer believed that the integrity of the transaction depended on the agent not soliciting his former customers away. He's correct, at least under most states' laws.
The Court of Appeals of New York clarified the "implied covenant" rule in Bessemer Trust Co. v. Branin, which dealt basically with the above scenario in the financial services world. The Court clarified that a seller may not actively solicit the patronage of his former clients when the goodwill of an established business is sold.
The Court addressed a related question: what assistance can the seller provide the new employer with respect to those clients? Several factors were addressed.
First, the custom of the industry is always relevant.
Second, a court must assess whether the seller initiated contacted with his old customers, or whether the customers reached out to the seller's new firm.
Third, a seller may advertise generally to the public, but cannot send targeted mailings or make individualized telephone calls to former clients.
Fourth, when a client seeks "factual information" about the seller's new firm, the seller cannot explain why he believes his products or services are superior to that offered by his former firm.
Fifth, a seller cannot convey proprietary information about his former customers to his new employer.
Sixth, a seller can assist his new employer in making a sales pitch to a former client and may be present during such a meeting, but must limit his responses to "factual matters."
Keep in mind that these factors are to be considered when there is no restrictive covenant contained in the business sale documents. When a business purchases a competitor's goodwill, carefully drafted covenants must be included both in the sale documents and in any transition or stay-on employment agreements. Those covenants can, and should, prohibit much broader restrictions that would prohibit the type of activity the Court of Appeals described above. They also should provide a panoply of self-executing remedies for breach, such as extension of the restriction and, when appropriate, liquidated damages.
--
Court: Court of Appeals of New York
Opinion Date: 4/28/11
Cite: Bessemer Trust Co. v. Branin, 16 N.Y.3d 549 (Ct. App. 2011)
Favors: N/A
Law: New York
Posted by Kenneth J. Vanko at 8:16 AM