In Pennsylvania, Termination Only a Factor to Consider on Enforceability (Colorcon, Inc. v. Lewis) 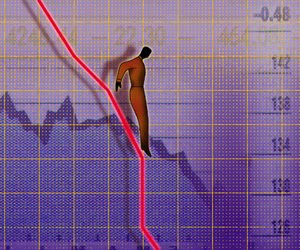 Several years ago, a Pennsylvania court used sweeping language to deem a non-compete unenforceable against an employee who had been terminated without cause, allegedly due to poor performance. Since that time, the courts in Pennsylvania have pared back on any hint of a per se rule and have noted that termination is only "an important factor" to be considered in the overall reasonableness analysis.

A recent case out of Pennsylvania demonstrates, though, that courts are still skeptical of enjoining employees who have been terminated involuntarily for reasons other than cause. In Colorcon, Inc. v. Lewis, the court denied an employer's effort to enforce a non-compete against a terminated salesperson. After finding that her new employment did not even place her in breach, the court proceeded to analyze the enforceability question in light of her prior termination.

The court noted a couple of key factors in this fact-intensive inquiry:

(1) While the employee signed a severance agreement, she only obtained $21,000 severance pay. The court noted that pay was for more than just reaffirming her non-compete: she also released her employer from any and all claims against it.

(2) The employee and new employer took extra precautions to make sure she was in a different line of work than her previous job, and even avoided contacting certain customers that may have been problematic under the non-compete's language.

(3) The employee had searched for other employment and could not find anything outside her industry that did not require her to either take a substantial pay cut or relocate.

My experience has been that courts are sympathetic to employees who have been laid off, particularly when the non-compete agreement is broad and includes jobs that potentially are not in line with what they previously were doing. As always, courts will assess a wide range of fact specific hardship questions as well.