There Is No End to Creative "Non-Compete" Arguments (Lindskov v. Lindskov) 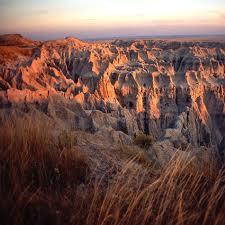 As a disclaimer, I am not commenting on this case because it breaks any new ground legally. However, it does demonstrate the ends to which litigants will go to try and stop what they claim is a competitive injury.

From the State of South Dakota (home to the Badlands, Custer State Park and - of course - Wall Drug) comes a family dispute in the business of selling farm implement equipment. Two cousins, Dennis and Les Lindskov, were apparently very successful sellers of New Holland farm equipment and obtained dealerships in Isabel and Mobridge. After an apparent falling out (and after New Holland refused to allow them to "split" the dealerships), Dennis bought out Les.

Problem. Dennis did not secure a non-compete at the time of closing. The closest the sale documents came to a restrictive covenant was a mutual non-disparagement clause, which generally makes a contractual obligation out of the common law of defamation or commercial disparagement.

After Dennis bought out Les, Les started a new business with his son selling the same New Holland equipment in the same areas of Isabel and Mobridge. Dennis filed suit, claiming that the non-disparagement clause prohibited such competition. Not surprisingly, the courts disagreed and refused to interpret the covenant against disparagement as a broad non-compete.

Suits like this tend to arise during a bitter divorce or (as here) an acrimonious family business break-up. Their intent is often not to prevail, but to cause the defendant to become distracted or have his or her reputation harmed with suppliers and customers. Courts need to ferret out strike suits that facially lack merit, particularly when sophisticated parties engage counsel and come to a negotiated resolution. Unfortunately, the court system is not quick or efficient in most cases, and a party can prolong a meritless suit for quite a while. That may have the intended effect of litigation. Not to win necessarily, but to inflict some competitive pain through the lawsuit's mere filing.