One of the most common drafting errors in non-solicitation covenants - clauses that limit customers to whom competitive services may be offered - is the reach to whom it applies. 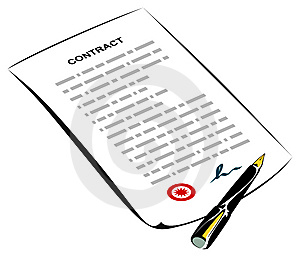 In concept, the idea of a customer non-solicitation covenant is not that offensive to most judges. Companies often make convincing, successful arguments that covenants of this kind are narrowly crafted to protect their interest in maintaining business relationships with accounts that generate an ongoing stream of revenue. And, generally speaking, they reflect a careful balance between a company's interest and that which an individual has in maintaining the right to earn a living.

But companies run into trouble when the covenant stretches too far in protecting both former clients and prospective clients. Courts correctly reason that such covenants go beyond what is necessary to protect companies from unfair competition, principally because past and prospective customers aren't contributing to existing goodwill.

Cases reflecting this principal are widely available, with one of the most recent being Newport Capital Group, LLC v. Loehwing, 2013 U.S. Dist. LEXIS 44479 (D.N.J. Mar. 28, 2013). That New Jersey case appears to be the first in that state to take a relatively bright-line approach to barring restrictions on an ex-employee's ability to service prospective customers.

What are the common problems associated with broad, customer-based restrictions? Here are the two most common:

1. The definition of "prospective" customer is perverse. Sometimes agreements define customer in such a way that it's impossible for the employee to even know who is off-limits. If, for instance, "prospective customer" includes any "individual identified by the company's employees as a potential client," it would be impossible to subject this restriction to verification.

2. "Prospective" customers is not defined at all. Most well-drafted non-solicitation covenants contain a definition of the key, triggering term - such as "Restricted Customer" or "Active Account." But many don't, and these agreements often cause judges to scratch their heads. If the term "prospective customer" is entirely undefined, it could mean that particular employee's prospect, another employee's prospect, or some prospect generally available to the market as a whole. Such a shifting, malleable definition causes the parties to interpret the agreement in such a way as to favor their position. Generally, ambiguities go in favor oft the party being restricted.

It's hard to create bright-line rules and there may be situations when companies can define "prospective" customers in a way to make it reasonable. They could limit the definition to:

1. Those prospects with whom the employee, or someone under employee's direct management, had been actively making a proposal at the time of his departure.

2. Those prospects identified on certain confidential lists of customers developed and maintained by the company and to which the employee had regular access.

3. Prospects for which the company's confidential information was used to solicit competitive products or services on behalf of a third-party.

It's entirely possible even these limiting definitions won't do. But they're certainly a good start in extending a non-solicitation covenant into otherwise forbidden terrain.
Posted by Kenneth J. Vanko at 8:00 AM