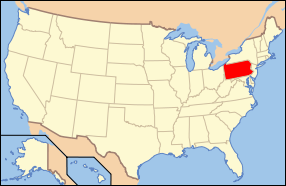 A while back, I posted on EBay's current dispute with the Department of Justice over a no-poaching agreement it had with Intuit concerning the companies' tacit understanding not to poach management level employees. The Justice Department sued under the Sherman Act, claiming the agreement was a violation federal antitrust law.

A recent decision out of Pennsylvania demonstrates that such an argument is difficult for a court to accept.

The agreement at issue was between a staffing company, Select Medical, and its client, Consol Energy. The agreement contained a fairly common no-poaching clause that precluded Consol from hiring Select's employees during the term of the staffing agreement and for a trailing period of 18 months.

Though the Amended Complaint was less than clear, it appears the plaintiff - Molinari - was employed by Select Medical and impacted by the no-poaching clause when he sought to work at Consol in a safety coordinator position through another staffing company.

Molinari claimed that the Select Medical/Consol agreement was illegal under the Sherman Act because it produced anticompetitive effects within the following relevant market:

"...labor and services for sale to any employer who provides, or who may provide, services to Consol, directly or indirectly."

And that ended up being fatal to Molinari's attempt to claim a Sherman Act violation.

Molinari couldn't define the relevant market in a way that allowed him to state a plausible antitrust claim. In essence, Molinari made two mistakes:

(1) he never alleged what his skills were and how they were impacted by the agreement; and

(2) he claimed the market was a single entity - those who may work or provide "services to Consol."

Under federal law, a plaintiff must show that an agreement produces anticompetitive effects "within the relevant product and geographic markets." Molinari may have been right that the Select Medical/Consol agreement produced such effects as it pertained to his ability to work at Consol.

But he couldn't - indeed, didnt try to - demonstrate that the agreement precluded him from applying his general skills and knowledge elsewhere, even to companies that may provide energy services like Consol. Instead, he defined the relevant services market in a narrow, unrealistic way that didn't match up with the allegations of his complaint.

He also couldn't - again, didn't try to - allege that the Select Medical/Consol agreement precluded companies from hiring safety coordinators generally, or that the agreement made it unreasonably difficult for companies to find and retain such workers.