Non-Compete Case Law Update (And a Tip for Clients)

I've been absent the last several days, so I feel I have some catching up to do. And there have been some really interesting cases and legal issues to report on.

First, though, a practical tip to clients, particularly employees who have to deal with non-compete issues. Assemble your documents. That sounds easy, but apparently it's not. If you leave and stay in the same industry or compete with your former employer, you need to have a handle on your obligations. Those obligations may exist outside of an employment agreement. Here generally are the sources of where you can find documents outlining restrictions or post-termination obligations:

(1) Employment Agreement (including older ones that may (or may not) be superseded)
(2) A separate Confidentiality Agreement (yes, many employers keep them separate)
(3) A Severance or Separation Agreement, which likely applies only if you've been terminated
(4) Any agreement you have to sign to participate in an equity incentive plan (these sometimes contain forfeiture-for-competition provisions, if not outright covenants not to compete)
(5) Employee handbooks

Okay, onto some new decisions of interest...

Non-Competes and the Ohio Merger Statute

I could have woken up at 2 am to write and John Marsh of Hahn Loeser in Columbus still would have beaten me to the punch. The Supreme Court of Ohio held this week, in Acordia of Ohio v. Fishel, 2012 Ohio 2297, that covenants not to compete are not automatically assigned in the context of a statutory merger. Practically speaking, the merger statute - which is common and similar to other business corporation laws, in that all assets and obligations of the merged entity vest in the assigned entity - has to give way to the plain language of the covenant.

This 4-3 decision surprised me. Marsh's post here contains a more extensive discussion. A PDF of the court's slip opinion can be found here. 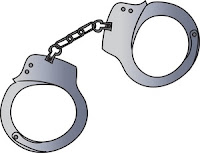 Litigating non-competes in Wisconsin is no bargain for employers. And just as Share Corporation had a restrictive covenant tossed last year on a Rule 12(b)(6) motion, so too did the employer in Priority Int'l Animal Concepts, Inc. v. Bryk, 12-cv-150 (E.D. Wisc). The covenant in that case lasted three years and contained no territory or activity limitation, rendering it unenforceable under Wisconsin's restrictive covernant statute, Section 103.465. That statute is highly favorable to employees and often can result in dismissal of contract actions before discovery even begins. The choice-of-law analysis in that case proved fatal, as the employer had argued Ohio law applied and did not appear to contest the fact the agreement was unenforceable under Wisconsin law.

I have written a lot about liquidated damages clauses in non-compete agreements, both here and in my home state's bar journal. My recommendation to employers has never been to take the easy route and use a fixed, or flat, fee for computing liquidated damages. They're not per se unreasonable, as the district court's opinion in Kadant Johnson, Inc. v. D'Amico, 2012 U.S. Dist. LEXIS 64237 (E.D. La. May 8, 2012), indicates.

The court, applying Michigan law, held that such a clause - providing for $250,000 upon violation of a non-compete - could be reasonable, or at least was "not unreasonable as a matter of law." This was despite testimony from the CEO of the Plaintiff who stated that it was a "penalty", "a good deterrent", and that there was "no real reason" to choose that number. Honestly, I think the plaintiff got away with one - sounds like the plaintiff admitted it was a penalty.

Next up, another trade secrets preemption case extensive discussion on the high-profile case of Capital One Financial v. Kanas. Then we'll get to Capital One v. Kanas.
Posted by Kenneth J. Vanko at 2:23 PM