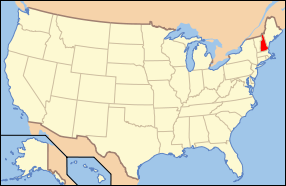 Courts interpreting the Uniform Trade Secrets Act interpret the preemption provision either narrowly or broadly. The narrow view does not limit similar claims for misappropriation based on lesser-protected confidential information, while the broad view does.

New Hampshire is one of the adherents to the broad view, along with a number of other states including Ohio. As explained in the recent unreported case of Wilcox Indus. Corp. v. Hansen, 2012 U.S. Dist. LEXIS 63668 (D.N.H. May 7, 2012), broad view preemption eliminates "other tort causes of action founded on allegations of misappropriation of information that may not meet the statutory standard for a trade secret." Put another way, there are two classes of information - trade secrets (defined by statute, interpreted by cases) and general knowledge (always unprotected). Something in between won't cut it.

Except if you have a contract claim. The cleanest way to assert a claim for misappropriation or improper use of confidential information is to show a breach of some non-disclosure covenant. That won't be preempted by trade secret law, and an employer need not worry about establishing the standards of secrecy applicable to UTSA claims.

In the Hansen case, the preempted claims were unjust enrichment and breach of fiduciary duty. Conversion claims and those based on common law unfair competition often suffer a quick demise at the hands of the preemption clause.
Posted by Kenneth J. Vanko at 6:14 PM