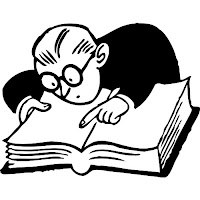 I'm sick of bad lawyers.
And I'm sick of bad lawyers filing bad lawsuits. Unfortunately, in my area of the legal world - trade secrets and non-compete law - this happens all the time. Lawyers who act as mere shills for their irrational clients. Lawyers abusing the legal process to achieve some ulterior purpose - usually to force a competitor to do something it otherwise would not have to do. Lawyers talking clients into a suit because there is too little legitimate legal work out there, and, well you know, billable hours need to come from somewhere.
It's all very aggravating, and the system has to change. I'm all for civility, but if lawyers abuse the legal system, they need to pay - literally and figuratively.
The sum total of today's Reading List is all of one, a great piece by Matthew Prewitt of Schiff Hardin discussing bad faith fee-shifting liability under the Uniform Trade Secrets Act. Mr. Prewitt outlines some excellent practical, and legal, considerations for clients and lawyers to think about. This should be required reading for any competition lawyer.
The basic problem is pretty simple. Competition law is not easy to figure out, particularly if you don't practice it with some regularity. It moves quick, which leads to inept and poorly planned decisions. And it's emotional, meaning a client can try and mulct a claim out of nothing, which might actually sound convincing on paper. Finally, it's expensive, which leads to parties getting themselves into intractable positions early, with no face-saving way out.
None of this is an excuse; rather, it's an explanation. A lawyer's failure to understand a case is no excuse, and he or she has the obligation to cut and run even if the client doesn't see it the same way. It's rare that actually happens, however. Until there is some meaningful, readily ascertainable remedy for crummy lawyering in this area of the law, the system will continue to allow parties to get away with using the legal purpose not to right a wrong, but to gain a foothold in the market. Not. Cool.
Posted by Kenneth J. Vanko at 7:33 PM