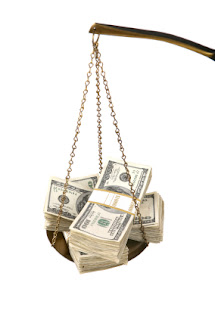 Trade secrets cases raise the specter of fee-shifting. Like many prevailing party statutes, fee-shifting is not automatic in trade secrets cases. Rather, a party must meet a prescribed standard and count on a court to exercise discretion to award fees.
The Uniform Trade Secrets Act has been adopted in all but a handful of states (New York, New Jersey, Massachusetts and Texas). The Act's fee-shifting provision generally has three components. A party can recover attorneys fees in the following situation:
(1) If a claim of misappropriation is made in bad faith;
(2) If willful and malicious misappropriation exists; and
(3) A motion to terminate an injunction is made or resisted in bad faith.
I have no experience at all with the third prong of this statutory provision. My hunch is that the drafters of the UTSA intended it to apply when a defendant moves to terminate an injunction on the grounds that secret material has entered the public domain, and the plaintiff continues to assert protection over the information. I could be wrong, though.
The first two prongs are mirror images of each other. A claim made in bad faith is essentially the flip side of a defendant's intentional stealing of secrets. The analysis is basically the same - was there some intent to harm, either through misappropriating legitimate secrets or advancing a meritless claim?
Some of the states that adopted the UTSA do not have fee provisions. Those states are Alaska, Idaho, Missouri, and Vermont. (Interestingly, Alaska also has no provision for recovery of royalty damages in the event of misappropriation.) Virginia has a fee provision but excludes the clause concerning termination of an injunction.
Keep in mind too that to recover fees, a party must be "prevailing." There are not a lot of cases out there which apply the prevailing party standard to UTSA fee-shifting claims. Many times it is obvious. One question which is likely to arise concerns the interplay of injunctive relief and damages. For instance, if a plaintiff obtains a preliminary injunction, but later fails to obtain any permanent relief or damages at trial, is it "prevailing"?
I don't think there are hard-and-fast rules on this. Nor should there be. Courts should adopt a flexible approach to see whether the plaintiff has practically succeeded. The preliminary relief in trade secrets cases is often the most valuable, and a quick stop to any misappropriation may prevent a plaintiff from showing damages.
Posted by Kenneth J. Vanko at 8:26 AM