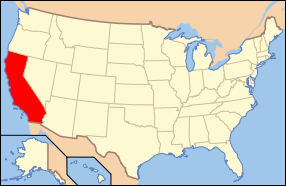 The preemption provision of the Uniform Trade Secrets Act is a topic on which I write quite frequently. The idea is that the UTSA is supposed to displace conflicting tort claims based on trade secrets misappropriation.
States which have adopted the UTSA are varied in how they approach key principles of preemption. One of those concerns whether a court can determine if preemption applies when no definitive ruling has been made on whether something alleged to be a trade secret actually qualifies as such.
A California court has joined the reasoning of states holding that a court cannot adjudicate preemption on the basis of an allegation alone. It joins Virginia, Wisconsin and other courts holding that motions on the pleadings, claiming preemption under the UTSA, are premature.
Ohio is among a group of states (the majority) reaching the opposite conclusion. In such states, it is routine to see ancillary tort claims (such as conspiracy, conversion, and tortious interference) dismissed because the underlying conduct is alleged to be based on misappropriation of a trade secret.
UPDATE X1: A commenter has astutely pointed out that this ruling likely is inconsistent with California state court precedent (which would be binding, as opposed to this memorandum opinion). It appears California adopts a broad view of preemption under K.C. Multimedia, Inc. v. Bank of America Technology & Operations, Inc., 171 Cal. App. 4th 939 (6th Dist. 2009). From reading that case, it appears that courts are empowered to dismiss ancillary tort claims prior to a finding of trade secrets misappropriation. This is the far more sensible rule and is more consistent with California's policy towards non-compete and trade secrets claims.
--
Court: United States District Court for the Southern District of California
Opinion Date: 10/21/11
Cite: Amron Int'l Diving Supply, Inc. v. Hydrolinx Diving Comm., Inc., 2011 U.S. Dist. LEXIS 122420 (S.D. Cal. Oct. 21, 2011)
Opinion Date: 10/21/11
Favors: Employer
Posted by Kenneth J. Vanko at 12:56 PM