What Happens If a Company Does Not Enforce Its Non-Compete Agreements? 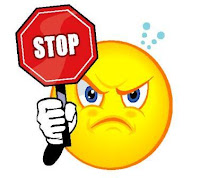 My colleague, Texas attorney Rob Radcliff, writes an excellent blog that discusses a lot of the same topics I cover here. Earlier this month, Rob discussed the necessity for companies to enforce non-compete agreements in the event of a breach or threatened breach.

Rob is absolutely correct in that an employer's case presentation will be much simpler and more compelling if it can demonstrate that it uniformly enforces non-compete agreements against employees who leave and breach those contractual obligations. Rob's post also got me thinking about the implications of not enforcing those rights as he suggests.

Is an employer's case fatally wounded if an employee discovers evidence of non-enforcement relating to other past employees? I don't think a failure to enforce a non-compete agreement is particularly helpful to another employee. I represent employees about half the time in my cases, and I have come across this issue countless times over the years. There are two primary reasons why this evidence, in my opinion, is of somewhat limited value.

First, every employee is different. A judge will understand a company's decision not to enforce a non-compete obligation if a low performer jumps ship to work for a competitor. In fact, an employer may want that employee working for the competition. Also, most employees have different levels of customer responsibility and access to confidential company information. On many occasions, clients have come to me and told me their employer doesn't enforce non-compete obligations. This may be so, but it's critical to assess who those other employees are and how their responsibilities were different.

Second, every situation is different. An employer may not enforce an agreement with one employee because her agreement contains some contractual defect. For instance, if an employee signed a non-compete agreement well after she started working for a company, there may be an issue as to whether legal consideration supports that contract. That may not be a useful precedent in another case.

Also, if an employee's "breach" is soliciting one client who arguably is not even covered by a non-compete agreement (or who is unprofitable), an employer may decide that it has little chance of success or little need to pursue a case. Non-compete litigation is expensive. I highly doubt a judge will hold it against an employer if that employer testifies that, in prior cases, the cost of litigation was not worth pursuing someone. Additionally, a court may be persuaded by an employer's testimony that it did not want to spend legal fees if firm revenue and income was declining. We saw this in the ANSYS case, discussed below.

A final word on this subject, too. I don't think a collateral inquiry into enforcement in other cases is efficient and a smart use of resources. Non-compete cases are time-sensitive, and judges should not be saddled with analyzing whether another employee's departure should have resulted in a lawsuit. That is a distraction from the main issues in a covenants case: degree of competition, protectable employer interest, breach, and potential harm.
Posted by Kenneth J. Vanko at 2:47 PM