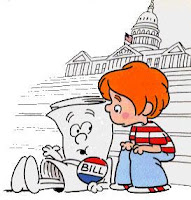 As I wrote last month, Illinois and Massachusetts are both contemplating legislative overhauls to non-competition law, at least as it pertains to those agreements executed in the employment context. I have a lot of catching up to do on this blog, and have a few interesting cases and topics that will be coming in the next week or so.

But for now, since most states have legislatures in session, it seems like a good time to run down which states have statutes that govern non-compete agreements. Here's the current list:

That's 19 - a little less than half. Keep in mind, too, that some states have specific statutory provisions that exempt certain classes of workers or types of non-competes, but which don't regulate agreements in a comprehensive fashion. One of those would be Illinois, which like many states makes non-compete contracts unenforceable in the broadcast industry and as it pertains to government procurement. Illinois also regulates day-labor staffing firm hiring restrictions.

What class of workers are typically exempt from non-competes? States vary a bit, but we can glean some common themes. Here are professions that may have specific legislation directed towards non-competes:

Broadcasting
Physicians (or other Professionals)
Car Salesmen (this is not a misprint, and yes I'm staring right at you, Louisiana...)
Nurses

Attorneys' rules of professional conduct normally exempt them from non-compete arrangements, as courts hold that a client's right to choose counsel will trump any legitimate interest a law firm may have in preventing competitive activity.

Finally, those three states noted with an asterisk? Those are the three states where non-competes are illegal.
And if you can't figure out the significance of the picture, you had no childhood. That's from Schoolhouse Rock!
Posted by Kenneth J. Vanko at 2:37 PM