Clients never like to hear my standard advice that each non-compete case turns on its own facts, and that no two cases are alike. But it is true. Lawyers can advise their clients as to the general rules of law and analyze a set of facts based on those rules. However, absent a dispute over solely a legal issue (which is rare), it is nearly impossible to look at two non-compete cases the same way. 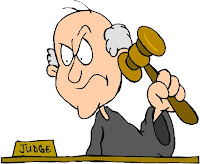 Reading cases and explaining them here is helpful so that clients (a) know a bite about the law, and (b) see how outcomes similar to theirs may be decided. It is also helpful to see what facts judges cling to. I've said before, and I'll say it again, that judges' perceptions of facts often are colored by one simple, overriding theme: which party is wearing the "white hat"? But even taking that principle as a truism, it is still interesting to see which particular facts judges examine when ruling on a case.

Take the recent case of FBK Partners v. Thomas, a garden-variety non-compete dispute in Kentucky federal court. The employee, Thomas, had discussed leaving FBK to join a start-up, and apparently started moonlighting with the start-up prior to his last day at FBK. Aside from that, the facts of the case weren't all that different than a typical non-compete dispute.

The case isn't particularly notable for announcing a new rule of law or applying a rule in a curious way. However, it is notable for a couple of key facts that seemed to sway the judge's decision. Here are three such facts that caused me to do a double-take:

(1) The court rejected the employee's argument that the employer breached his employment agreement by modifying his duties. No real surprise that the argument is rejected. But the court's justification for it? Read this:

"There is evidence in the record that he knew the non-compete was valid when he began considering working for [the start-up]. Why else would he have provided [his new employer] with a copy of the non-compete?"

I don't understand this point at all. Employees are supposed to provide a copy of their non-compete to a new employer, and doing so should not amount to an admission that the non-compete is valid.

"Furthermore, this Court is not inclined to modify an agreement that the parties entered into with full knowledge and adequate consideration."

This makes no sense. If a contract has no consideration, it isn't valid, so refusing to modify it on the basis that it has consideration is non-sensical. The fact that an employee signed an agreement with "full knowledge" of its terms has never been a proper rationale for applying the modification rule. It doesn't even make sense.

(3) The third fact is the most curious, though it didn't appear to sway the outcome at all. In assessing Thomas' potential breaches of the non-compete, the court said as follows:

"Thomas likely committed breach as early as December of 2008 by traveling to Kentucky to meet with [the new employer] and view [its] site in contravention of the agreement's prohibition on 'seeking employment' with a competitor."

This is the first time I have ever seen a court make such a statement. I don't think it is all that significant, because it would be nearly impossible for an employer to prove any damages associated with such a breach. However, if the employment contract contains a clause like this, interviewing, or seeking employment, with a competitor may allow an employer to terminate a contract for "cause" and avoid paying severance.