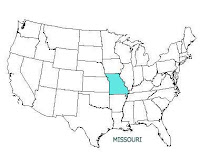 The Court of Appeals of Missouri affirmed a judgment in favor of an employee, Barbara Yates, who was terminated from a payday loan store called Payroll Advance. She subsequently began competing a month later with an entity owned by another former employee of Payroll Advance.

The non-competition agreement provided for a 2-year, 50-mile restriction, and in her contract, she agreed "not to compete with [Payroll Advance] as owner, manager, partner, stockholder, or employee in any business that is in competition with Payroll Advance..." The italicized portion of the covenant proved to be Payroll Advance's undoing at trial.

The company raised two issues on appeal: the trial court's determination that the restrictive covenant was not reasonable in scope, and that it failed to modify the covenant to make it reasonable. The appellate court rejected both contentions.

As to reasonableness, the court highlighted the italicized passage above. Notably, the court stated:

"If this Court interprets the plain meaning of the covenant not [to] compete as written, the covenant not to compete would prevent [Yates] not only from working at a competing business within 50 miles of the branch office in Kennett, Missouri, but [Yates] would also be barred from working in a competing business within 50 miles of any of [Payroll Advance's] branch offices." In essence, poor drafting resulted in an agreement far too broad in its geographic reach.

The court also noted that Payroll Advance failed "to set out with precision what is to be considered a competing business and certainly does not specify that it only applies to other payday loan businesses." Again, the court emphasized overbreadth and stated that a literal reading of the contract meant Yates was barred from "being employed anywhere loans are made including banks, credit unions, savings and loan organizations, title-loan companies, pawn shops, and other financial organizations." Attorneys drafting non-competes must make sure to define the nature of the business that is the subject of the restriction. Simply defaulting to "competition" will likely result in a colorable challenge to reasonableness.

Finally, the court rejected a call for modification under the judicial reform, or "blue-pencil", doctrine. In particular, the court noted that Payroll Advance failed to request in its pleadings an equitable remedy of judicial modification of an overbroad covenant.

Often times, courts will reject a call for modification if the covenant was wildly overbroad (i.e., it amounts to rewriting it, rather than striking out inapplicable words), no provision of the contract allows for it, or if the plaintiff does not specifically request it.