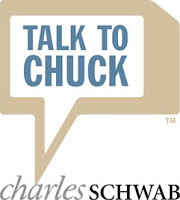 In issuing a preliminary injunction against a former financial consultant of Charles Schwab & Co., the district court rejected two rather common defenses employees offer in the hopes of breaking their non-compete agreement.

First, the defendant, Lance McMurry, argued that Schwab failed to pay him in a timely manner, and that this delay released him from his obligations under the contract. The court rejected the defense, noting that mere delay in payment - as opposed to an outright failure to pay - will not allow an employee to escape otherwise valid restrictive covenants.

Second, McMurry argued that his mere act of sending announcements to Schwab clients regarding his new position at Bank of America did not constitute improper solicitation within the meaning of the non-compete clause. Again, the court had little trouble rejecting the contention - particularly since McMurry did more than just mail announcements. He followed them up with actual phone calls to clients.

The court noted that mere sending of announcements may constitute impermissible solicitation, and it cited a number of cases dealing with the financial brokerage industry holding as such.