The Janitor Analogy, Once Again 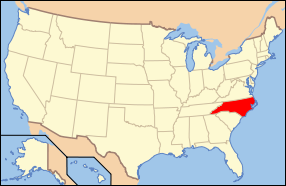 "The agreement is so broad that it would prohibit my client from working for his new company even as a janitor!"

- Comment attributed to every defense attorney in every non-compete case, generally accompanied by arms flailing up and down violently.


Despite my sarcasm, this isn't a terrible argument.

In fact, it's made repeatedly with great success. And the analogy has managed to work its way into one court opinion after another.

The cases in which you see this generally involve a broad non-compete agreement, as opposed to a more limited non-solicitation of customers restraint. The argument never works for a high-level executive because courts generally assume such executives have pervasive access to confidential information of their former employer, such that a tightly defined job-scope limitation isn't required based on the interest the company is trying to assert.

However, the argument has appeal when a mid-level sales person has a restrictive covenant that goes beyond his or her ability to service or solicit clients and that extends to a broader restriction more appropriate for those that develop products or manage the flow of confidential information. So the argument goes, the broad market-based covenant is not narrowly tailored to protect the interest (customer goodwill) the employee can impair.

Two North Carolina appellate decisions discuss broad non-competes in this context, and both came out in favor of the ex-employee. The cases are Horner Int'l Co. v. McKoy, No. COA13-964 (March 4, 2014), and CopyPro, Inc. v. Musgrove, No. COA13-297 (Feb. 4, 2014). Neither case breaks new ground, but they serve as strong illustrations of how courts examine broader covenants as applied to salespersons. Prohibitions on employment altogether for this class of employees will raise major red flags. The problems easily can be cured with more reasonably drawn non-solicitation of customers provisions.

On this score, though, there's a further problem percolating underneath the surface in restrictive covenant law. Too much, generally, is made of the need for a geographic limitation. While some businesses still are hyper-local, many aren't. As the economy continues to evolve and individual spheres of influence extend beyond particular geographic borders, courts are going to have to reformulate their enforceability tests to move away from a geographic analysis. The short concurrence in the McKoy case makes this point.

Changes to our economy pose a special challenge for lawyers who draft agreements for their employer clients. We have to begin paying more attention to scope limitations in non-competes contracts and tailoring contracts to the particular employee. This is an issue separate and apart from the utility of any geographic restraint. More and more, I am reviewing non-competes that have no real meaningful geographic restriction but which are more carefully defined in the type of role the employee would be restricted from assuming after his or her departure.

It's encouraging that drafting seems to have evolved in this respect. But as the North Carolina cases show, there still frequently is a large disconnect between the employee's activities and the employer's business, on the one hand, and the practical impact of the covenant language, on the other.
Posted by Kenneth J. Vanko at 3:00 PM