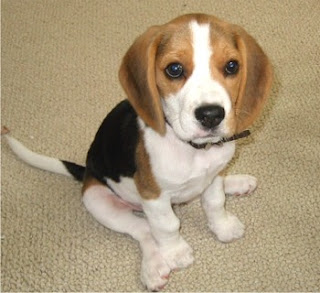 Non-compete disputes tend to have some strange facts in them. The case of Western Industries v. Lessard, though, takes this to a new level.

Western Industries operates in what has to be a niche industry of providing to its clients canines who are able to detect the presence of bedbugs, presumably in hotels, hospitals, and the like. Each canine has a handler. You can see right now where this is going.

Blaine Lessard was one such handler, and his trusted ally was Dixie - a beagle. (This picture is not Dixie, by the way.) Lessard appears not to have thought much of his employer, as he started doing the same type of work on his own long before he was fired, going so far as to sell himself on LinkedIn under his new company's name. To make matters worse, he used Dixie to provide competitive services and promoted Dixie on his website. Figuring out Lessard was up to something not good wasn't especially tough. (Many non-compete disputes start this way, incidentally. The employee just doesn't seem to give a damn about whether he is caught or not.)

The court, in its TRO opinion, cited a document or corporate property return provision as a basis for ordering immediate relief. Though my wife would disagree that dogs are "property" (they are more like people, she would suggest), it seems safe to analogize Dixie to a corporate asset.

So-called "mandatory" injunctions are not all that common. Courts do not like to order parties to affirmatively take certain steps; they would rather say "don't do X." However, in competitive disputes, judges frequently will order the immediate return of corporate property. That's not all that burdensome. Often times, this includes documents, hard drives, source code, or other intellectual property. But it doesn't have to be IP-related, as the case of Dixie proves.

An employer must be prepared to present competent evidence to show that it owns the assets it wants back immediately. Unadorned assertions of who owns what won't do. Corporate counsel should prepare affidavits of persons knowledgeable about the assets the company wants back, making sure to authenticate any documents evidencing ownership.