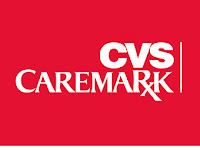 I have written often on the important of good, clear drafting.
At a seminar I presented last week, a circuit court judge agreed with my observation on the blue-pencil rule. She stated that in 23 years, she has not modified an overbroad covenant. Courts simply do not warm to the idea of subjecting the parties to a contract to which they did not agree.
A recent case involving a former key employee of Caremark illustrates the danger of poor drafting that yields potentially absurd results. The one-year non-compete in the case of Joel Saban provided Saban could not work "in any capacity" for a business engaged in "Competition." The biggest problem for CVS was its definition of "Competition", which included for instance any retail business with plans to include a pharmacy as a "component of its business.
Saban, however, was not a CVS pharmacist or retail employee. He was, essentially, a key business-to-business guy who negotiated drug price discounts in the pharmacy benefits management side of Caremark. Utilizing hypotheticals about what the covenant would prohibit yielded "canyon-like" overbreadth in terms of potential restrictions. Caremark objected to the use of such hypotheticals, contending it was inconsistent with ascertaining the parties' intent at the time of contracting.
The court had little trouble rejecting this argument. The use of hypotheticals to demonstrate overbreadth is part and parcel of a non-compete defense on the issue of reasonableness. This all goes back to the concept of notice and basic fairness. If the terms of the covenant are not sufficiently clear to advise an employee of what conduct is prohibited, then an employee's burden to comply is too high.
Hypotheticals are most relevant to illustrate cases on the edge - where the employee believes he is complying, but the employer says he isn't. But they are still relevant even in claims where indisputably direct, vigorous competition exists. This is so because the employee challenging the covenant may have sought legal advice on whether to compete based on the reasonableness of the covenant's language.
The larger point here is that overbroad covenants do not get a free pass if the actual facts show true and substantial competition. Any employer deploying a covenant must run through a series of hypotheticals to see if the terms capture too much business activity or that commensurate with the interest it is trying to protect.
--
Court: United States District Court for the Northern District of Illinois
Opinion Date: 4/11/11
Cite: Saban v. Caremark Rx, LLC, 2011 U.S. Dist. LEXIS 38847 (N.D. Ill. Apr. 11, 2011)
Favors: Employee
Law: Rhode Island
Posted by Kenneth J. Vanko at 4:37 PM