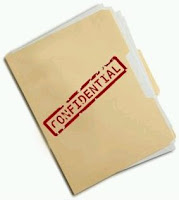 The Uniform Trade Secrets Act allows for sweeping injunctive relief if a plaintiff can demonstrate an actual, concrete business secret and either actual or threatened misappropriation.
It is important to remember that the theory of threatened misappropriation is relevant only to claims for an injunction, not damages. The same goes with the concept of "inevitable disclosure." If a plaintiff has a cognizable damages claim, then actual misappropriation must have already occurred.
What does "threatened" disclosure mean? In California, where a substantial number of technology trade secrets cases are fought each year, courts have held that "threatened misappropriation means a threat by a defendant to misuse trade secrets, manifested by words or conduct, where the evidence indicates imminent misuse."
A recent Washington case, Edifecs Inc. v. TIBCO Software Inc., applying California law, held that a plaintiff's claim of threatened misappropriation did not survive a motion to dismiss when the only factual allegations related to the defendant's purported failure to segregate employees who knew of the plaintiff's trade secrets and who joined the defendant following a lawful acquisition of the plaintiff's competitor. The court specifically noted these allegations suggested no "affirmative conduct that would indicate a threat" of misappropriation.
It is difficult to discuss the concept of inevitable disclosure without discussing threatened misappropriation. The two theories are so closely linked as to be virtually indistinguishable in many cases. For instance, does an employee threaten to misappropriate trade secrets simply by joining a competitor in a similar position, or is this merely inevitable disclosure. Similarly, if an employee engages in suspicious conduct in addition to joining a competitor, such as downloading documents on the eve of departure, can this be considered a "threat" of misappropriation? Each case, of course, depends on many unique facts.
For practitioners, it is essential to determine whether your jurisdiction recognizes the theory of inevitable disclosure. If it does not, then the theory of threatened misappropriation certainly is available to pursue injunctive relief. But as Edifecs demonstrates, the Complaint should contain affirmative, clear allegations of imminent use of an actual trade secret.
--
Court: United States District Court for the Western District of Washington
Opinion Date: 12/17/10
Cite: Edifecs Inc. v. TIBCO Software Inc., 2010 U.S. Dist. LEXIS 138654 (W.D. Wash. Dec. 17, 2010)
Favors: Employee
Law: California
Posted by Kenneth J. Vanko at 1:28 PM