The Continuing Futility of the "They Forced Me to Sign" Defense (Ayco Co. v. Feldman) 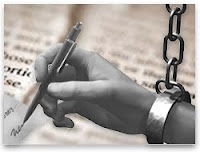 I cannot tell you how many times a client calls me and feels as though he or she has a strong defense to a non-compete claim because of duress - "the company forced me to sign it."

This defense of duress or coercion is by and large unavailable. Here are the three biggest rationales (or some variant) that I hear for a client who thinks duress is the ticket to avoiding the impact of a non-compete clause:

(1) I was a long-time employee, and all of a sudden my new manager made me sign a non-compete agreement. It blew me away!

(3) I am the sole breadwinner in my house and needed to keep my job.

Let me address each factual scenario.

Second, the threat of lawful termination cannot possibly constitute duress. Generally, an employer can fire an at-will employee for any reason as long as it is not illegal (like termination on the basis of race or gender). Refusing to sign a non-compete agreement is perfectly acceptable. But, with very rare exceptions, so is an employer's decision to terminate on this basis.

Third, this is an issue of hardship. In many states (like Iowa), courts consider whether the covenant places an "undue hardship" on an employee in determining whether the restriction is valid. (Note: Some states forbid this factor to be taken into account. Yes, I'm looking at you, Florida, Section 542.335(1)(g)(1) of your annotated statutes.) An employee often times can make a convincing argument that a covenant will work an undue hardship on his career, particularly in cases where the extent of that covenant goes beyond what is necessary to protect an employer's interests.

Many employment agreements provide for contractual acknowledgments that the employee read the contract and had an opportunity to consult with counsel. This certainly is not required, but it is good practice.