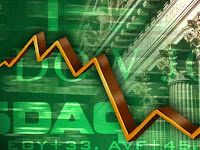 The Wall Street Journal today had an excellent overview of the Protocol for Broker Recruiting, an industry response dating back now several years to exploding litigation related to advisors moving from one investment firm to another. The Protocol is a recognition of the impact of broker-dealer restrictions on the public interest. In fact, the first line in the Protocol mentions clients' interest in privacy and "freedom of choice in connection with the movement of their Registered Representatives...between firms."
The Protocol had three founding members - CitiGroup, Merrill Lynch and UBS Financial - and since its inception many years ago the list has exploded as firms have clearly made the decision that the benefits they can obtain from recruiting and hiring registered representatives far outweigh the impact of losing advisors to competing firms.

For its part, the Protocol essentially establishes a set of conduct guidelines that allow advisors to avoid liability for switching firms even if a non-compete or non-solicitation agreement is in place. The idea behind the Protocol really centers on several basic principles:

In fact, earlier this year, U.S. Trust - a wholly owned subsidiary of Bank of America who was not a signatory to the Protocol - prevailed on a temporary restraining order proceeding when several representatives allegedly took certain client information from U.S. Trust and joined Citi Private Bank. Though the defendants argued their conduct complied with the Protocol, the court found it critical that U.S. Trust was not a signatory in issuing the TRO.

The Protocol exempts from protection so-called "raiding", though that term is not defined at all. Presumably, this means a representative could not raid a team of representatives or solicit a sales assistant prior to departure, but a wholesale raid on a partnership may be considered a "raid" even if the representatives attempt to comply with the terms of the Protocol. There certainly is some ambiguity here.

Representatives seeking to switch investment firms have a tremendous incentive to seek early legal advice. A properly conducted transition can enable an employee to avoid the terms of a non-solicitation agreement, while one that is poorly executed can result in unnecessary liability.

The Protocol also could have the effect of increasing a representative's potential monetary liability if it is not followed. If, for instance, a representative takes client information that is protected, he or she may be subject to a punitive damages award because investment firms have had some success arguing that such information qualifies as a "trade secret" under the law.

The key inquiry for obtaining punitive damages in a secrets case is whether misappropriation of such information was "willful." Arguably, the very existence of the Protocol has put representatives - hardly an unsophisticated bunch - on notice of what they can and cannot do. Failure to comply with the Protocol lends support to the argument that the representative knew what he or she was doing was unlawful.
Posted by Kenneth J. Vanko at 3:47 PM