Jason Shinn, author of Defending the Digital Workplace, was kind enough to e-mail me this week about a fairly new Arizona statute that prohibits broadcast employers from requiring certain employees to sign non-compete agreements. Many readers may be aware that competitive and contractual concerns were front and center in the negotiations between Conan O'Brien and NBC over his departure from the network. (No copy of Conan's agreement appears online, and since he worked in California, a non-compete likely would not be enforceable under California law. Conan's dispute really was not about the terms of a non-compete anyway, but rather an exclusive services provision for walking away from NBC.) 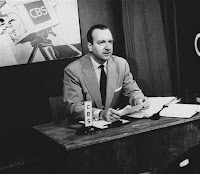 Many of these statutory provisions do not apply to broadcast executives or sales managers. The clear intent is for the exemption to govern on-air talent. Why the distinction? It has to do with the test most states apply in determining whether a non-compete is valid or an illegal restraint of trade.

Applying the legitimate business interest test to on-air talent is a little different. The interest to be protected, presumably, is goodwill in audience and network sponsorship retention. That appears to be more than a valid interest for an employer to assert. One can certainly imagine a ratings decline (with correspondent economic losses) if a high-profile anchor defects to a cross-town competitor.

Because most news anchors or sportscasters do not go out and solicit clients (i.e., the viewers themselves), applying the legitimate business interest test as courts have traditionally formulated it can be a little tricky. It is for this reason that the broadcast employees' trade association, the American Federation of Television and Radio Artists, has been aggressive in pushing for legislative non-compete exemptions.
Posted by Kenneth J. Vanko at 9:11 AM