Some Thoughts As the Year Concludes 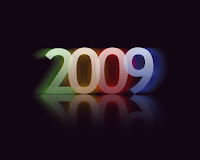 Unlike 2008, this year was not particularly interesting for notable developments in non-compete law. IBM got involved in another high-profile dispute, and this time it lost, while Illinois courts have reached an irreconcilable conflict among various districts that will require the Supreme Court (or General Assembly) to step in at some point. Aside from that...well, not much of any real interest or consequence.

I review each reported case throughout the United States, and I still come to the same conclusion. Courts will be inclined to enforce non-compete agreements if any of the following three factors are present: (1) misappropriation or a physical taking of corporate information; (2) direct solicitation of key accounts right after departure; or (3) acts of pretermination competitive activity, deceit or dishonesty in the months leading up to resignation.

How to defend a potential non-compete claim, or avoid it altogether? This is never an easy question, and as a practice, I won't give absolutes to clients when they seek my bottom-line advice. However, I can describe some general parameters and place likelihood of success on a clear continuum. In order, my advice is as follows: (1) find a defect in contract formation; (2) demonstrate the post-termination activity falls outside the non-compete; (3) show the agreement is unreasonable in scope; (4) argue it does not protect any legitimate business interest; or (5) rely on equitable factors or an affirmative defense, such as release, estoppel, involuntary termination, or prior breach. The first two strategies are based on a finding that there was no breach in the first place, where as the other three ask the court to excuse it.

In my own practice this year, I have seen fewer non-compete disputes ripen into actual lawsuits, though the threats are still (and will always be) there. This is hardly a surprise, given the expense associated with pursuing and defending litigation. On the flip side, I don't recall a year when clients have asked me to draft as many non-compete/non-solicit contracts or audit ones currently in place. Given that a substantial part of my practice involves the review of existing contracts, I am amazed - stunned even - at the way contracts are drafted. On occasion, I will see an agreement that I save for future reference because I feel it is particularly well done.

But what I see most is an inadequate, form document that is not at all tailored to an individual employee or totally divorced from the prevailing law of the jurisdiction which governs it. I also see horribly over-lawyered documents that use language straight out of the 15th century or can't seem to express a basic restriction in less than 10 pages. We're not paid by the word, but apparently some firms still don't realize this. None of this looks good when a judge has to examine the reasonableness of the agreement.

In my judgment, employees have started to take their non-compete obligations more seriously. In the past, I used to get more calls after a dispute began and where I can't assist in directing and making the relevant facts. Now more clients call before embarking on a transition decision.

Employees always must be prepared, too. As Rob Radcliff notes in his outstanding (and aptly named) blog, Smooth Transitions, it is vital employees keep contracts, amendments, policy statements, handbooks and any correspondence mentioning their non-compete agreements. We can't advise you properly without this, and even though employees generally have full rights to review their personnel files, any request to do so will raise an immediate red flag. Most of all, it is critical that employees respect their employers' proprietary data, avoid taking any corporate information (digital or paper), and return anything stored on a portable or personal hard-drive. I can't emphasize this enough. Equities rule in these cases.
Well, that's a wrap. Stick a fork in 2009, it's done. For the more than 20,000 people who have visited my blog this year, who have offered me their e-mails and comments, and especially to the many who have become my clients, I offer my sincere thanks and wishes for a safe New Year!
Posted by Kenneth J. Vanko at 1:41 PM