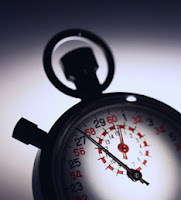 The concept of equitable tolling is simple: for any period of time in which an employee is found to be in violation of his non-compete agreement, that is added on to the length of the restriction. In other words, an employee cannot run out the clock during litigation and escape an order of injunctive relief. Tolling provisions, though, are rarely the subject of judicial interpretation. In most states, they appear to be valid. Often times, courts just simply default to the language of the contract.

The recent case of Philips Electronics v. Hope addressed a contractual tolling provision and held that it extended the non-compete period for 11 months. The case involved a dispute in the MP3 accessory equipment business between Philips and its former Vice-President of Sales, Jason Hope. Hope was employed by Digital Lifestyle Outfitters, prior to the time it was acquired by Philips. During the course of Hope's employment with DLO, he executed a letter agreement guaranteeing him $180,000 in exchange for a non-compete covenant. The restriction applied during his employment term with DLO and for 2 years thereafter.

Not long after that, Philips purchased all of the stock of DLO and accepted Hope's resignation as Vice-President of Sales in May of 2007. He remained on the DLO payroll, but as an at-will employee. The court found that the two-year non-compete term began to run as of the date of his May 2007 resignation from DLO, which was compelled by the terms of the business sale, and not the time he resigned as an at-will DLO employee some 18 months later. The impact of this finding potentially eliminated Philips' ability to obtain an injunction.

The court, however, found that Hope was in violation of the non-compete agreement from April 2008 (before his second resignation) through May 2009 when Hope voluntarily ceased competitive activity. During this time (and while still employed by DLO), Hope appropriated a company business plan for competitive purposes, met with potential investors to start up a competing firm, and prepared a power-point presentation using market data that DLO regarded as confidential. Following his resignation, Hope began working with Riot Outfitters in violation of his non-compete and developed relationships with some of DLO's top accounts, ones he himself was responsible for managing while at DLO.

The court interpreted Hope's non-compete agreement and specifically the tolling provision to extend the term an additional 11 months. The tolling provision stated that "the periods of protection...shall not be reduced by any period of time during which [Hope is] not in compliance therewith." The court found this language, awkward though it may be, was enough to extend the term of the non-compete by the amount of time it found Hope to be in violation of his covenant.