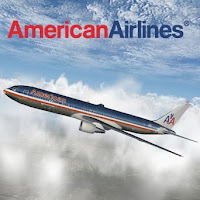 The "inevitable disclosure" theory is by no means a panacea. In my opinion, it is more a tactic than a theory. For those unfamiliar, the doctrine serves a proxy for the term "misappropriation" in a trade secrets case. Put differently, instead of proving that a defendant misappropriated a trade secret - which are the basic elements of the case - a plaintiff need only establish that it's inevitable he or she will do so.

Because application of the document can be tantamount to an implied non-compete, courts are understandably reluctant to apply it with any force.

Last year's dispute between IBM and Mark Papermaster was somewhat of an anomaly, and people forget Papermaster had a non-compete. The case wasn't just about inevitable disclosure. The doctrine helped aid enforcement of the agreement. The tougher cases involve employees who have no non-compete agreement, but who arguably have access to trade secret information.
Another New York case provides 2009's most significant inevitable disclosure case to date, and it yields another employee-friendly result. The case involved the resignation of Charles F. Imhof, a senior-ranking employee of American Airlines' New York Sales Division, who depared and left for Delta Airlines in a very similar capacity. Imhof had no governing non-compete agreement with American.

Not long before Imhof quit American, he e-mailed to a family account certain corporate documents, one of which was a 2008 sales presentation on Power Point. He also bought a personal digital assistant and transferred some of his business contacts to a personal hand-held device. Imhof's departure was, initially, far from acrimonious - even when he disclosed where he was going. However, when American found out he e-mailed himself business information, it made a demand to Delta that Imhof cease working altogether.

At this point, Delta did what most sophisticated entities are doing now in the face of such demands. It conducted a litigation trade secrets audit, which included the following:

(a) immediately disclaim any need for Imhof's American Airlines documents;
(b) facilitate destruction or complete return of the same; and
(c) conduct a thorough inspection of any digital medium to confirm no traces of the information.

Ultimately, those steps - along with the fact Imhof did not appear to have sent anything to Delta - ruined American's chances to succeed on the inevitable disclosure doctrine.

(1) He found Imhof was not a threat to disclose any corporate information of American because Delta demonstrated no interest in anything and because the litigation itself obviously was a strong deterrent from doing anything suspicious in the future;

(2) Though Imhof did copy and send to himself a few documents, he did not copy a lot, which suggested a less-than-nefarious intent;

(3) Imhof was a sales manager - albeit a highly positioned one - not, in the words of the court, a "food chemist privy to the secret formula for Coca-Cola. The document upon which American relied was a 2008 sales presentation that contained rote talking points about how good the company was or what ends it sought to achieve (which, presumably, someone in sales would want known to others).

The last point is, in my opinion, most important because the theory of inevitable disclosure as applied to salesmen is considerably more abstruse. Access to "sales strategies" or "customer information", for instance, may sound interesting in theory, but it's tough to apply and define as a trade secret.

Sales operational information tends to become stale quickly and may be widely known or publicly available (as was the case with Imhof). Furthermore, it's highly general. The following key passage from Judge Kaplan's opinion elucidates this point rather powerfully:

"The lack of detailed information concerning what Mr. Imhof allegedly knows and why it is both confidential and important means that American essentially asks me to accept the word of those of its personnel who have described these matters in the most general of terms for the proposition that the details, whatever they may be, in fact would be harmful to American if used against it by Mr. Imhof at Delta. But, at the risk of banality, the devil is in the details. Without them, it is extremely difficult for me to know exactly what information American fears that Mr. Imhof inevitably would retain in his memory..."