Termination of Employment Will Not Constitute "Abandonment" of Non-Compete (EBI Holdings v. Butler) 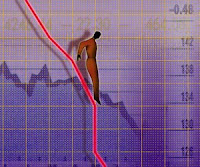 The impact of involuntary termination of employment on the enforceability of a non-compete is not amenable to a quick summary. I wrote an article in the DePaul Business & Commercial Law Journal in 2002 canvassing the law on this subject, and it took me over 40 pages of dense analysis to opine that there is no real clear-cut answer. In Illinois, a 1994 case seems to hold that a non-compete agreement cannot be enforced if an employee is discharged without cause. But since that time, no cases have explained this holding or if it in fact means what it says.

In EBI Holdings v. Butler, an Illinois federal district court this week got close to addressing the issue, but ultimately declined. Since the employee's non-compete agreement was governed by New Jersey law, perhaps Butler is not a good test case on the interpretation of an Illinois case now 15 years old.

However, the plaintiff - a discharged medical products salesman - made an interesting argument. He claimed that his termination from a distributor amounted to abandonment of a post-employment covenant. The court struck his affirmative defense and noted that the agreement contemplated termination of his employment, so that abandonment under New Jersey law could not be a viable defense. It's not clear the employee raised a defense that the non-compete was unenforceable by reason of his discharge.

The case also did not address a circumstance where a discharge was inconsistent with the terms of the employment agreement. In such a case, an employee may have a viable claim that the non-compete is not enforceable because his termination was not valid or proper under the governing contract.

In a separate opinion, the court in Butler clarified the preemption doctrine in a trade secrets case. Often times, an employer will include common law claims arising out of the same operative facts as trade secrets misappropriation, such as conversion, unjust enrichment, tortious interference with contract, or civil conspiracy. The court clarified that the Seventh Circuit's decision in Hecny Transp., Inc. v. Chu limits the preemption theory to claims which rest on trade secrets theft. The test is "whether the plaintiff's claim would lie if the information at issue were non-confidential." Old district court cases taking a much broader view of preemption, and dismissing a lot of common law claims, are no longer reliable precedents.